Home Life TOGETHER BE STILL 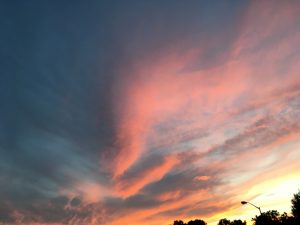 I have an eight-year-old friend who sometimes surprises me with words of profound wisdom. Recently she told me what she believes it means to “be still.” For her it means “letting Jesus come into your heart, then letting Jesus do the talking and you do the listening.”  Out of the mouths of babes! How precious the invitation to be still. First to open to Jesus, and then to hush all other voices -including my own- and listen for Him.

In a culture of incessant noise, with media at my fingertips and voices both invited and uninvited clamoring constantly for my attention, which voice wins? Scripture says Jesus stands at the door and knocks. If I don’t let Him in, sit with Him, listen for His voice, I am up and gone in the blink of an eye. My attitude translates, “Hop on board, Lord! I have these great plans and I know You’re going to love the ride!”

But God doesn’t work that way. HE has the best plans. And He loves me too much and knows me too well to let me think I can do this life without Him. It is the simplest definition of sin: going my own way instead of God’s. It’s the epitome of pride. And when I act on the foolish notion that I’m in control and I have the answers, I waken every time (better sooner than later) to the reality that I am NOT in control.

Be still is such a beautiful and promising invitation. People are not one-size-fits all, and neither are their problems. So it is that Together Ministry Center is overwhelmed, not with problems, but with opportunities to see God at work. Last month I felt overwhelmed by certain circumstances which appeared too great for me. Ah, BUT GOD…! He overwhelmed the overwhelming with His power and provision, and even the smallest tasks done in love were accomplished by His love and grace! I’m humbled by that fact, and I thank God for His continual invitation to trust…. and be still.