Home Life TOGETHER AN EASTER ANSWER TO A CHRISTMAS PRAYER

AN EASTER ANSWER TO A CHRISTMAS PRAYER 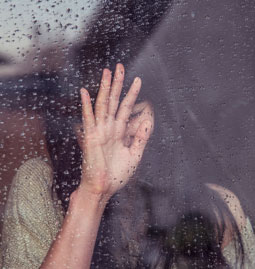 Just before Christmas, a young teenager sought us out privately for prayer. She feared her family might be evicted– a scary possibility as her neighbors were evicted the week before. Circumstances were tough: little to eat, late with rent.

We stood there in her driveway in the dark. And we called out to the Lord together. When we finished praying, we told her we would bring her family some groceries. Immediately she protested. She didn’t want anyone to know she had spoken with us. Her tender, anxious cry was simply this: “Please just pray!”

We prayed, and a week later we returned. The young lady was so grateful for answered prayer. Her mother had found employment, and their situation had improved. We prayed in the dark, and God answered by bringing light.

But the story wasn’t over. A job and a paycheck treated the symptoms temporarily, but God had much more for this family. I’ve learned that many times poverty is spiritual before it is physical…. And recently the step-father of this young lady saw me, stopped his car, and got out to tell me some great news. With child-like eagerness, he shared that after many years away from God, he had come home. God was giving him a new start! He was radiant.

John and I ministered to this young man later the same day. We prayed and rejoiced together with him. And in a conversation that followed, we also became aware of a pressing need that he and his family had. We knew the Lord was prompting us to help.

TOGETHER MINISTRY CENTER was able to help this precious new believer and his family. He was unaware that we already had a history with him in prayer. But as we offered to meet his need, he struggled to hold back the tears. He could barely speak as he thanked us and acknowledged the Lord’s provision, spiritually and physically. That afternoon he brought his entire family by to say, “thank you.”

New life at Easter! God did it. And we got to share the joy of an Easter answer to a Christmas prayer.

“Because he has loved Me, therefore I will deliver him; I will set him securely on high, because he has known My name. He will call upon Me and I will answer him; I will be with him in trouble; I will rescue him and honor him.” Psalm 91:14-15